Even with improvements in energy efficiency we expect global energy demand to double by 2050, as the inevitable consequence of global population growth, global economic growth, continued urbanisation, and therefore increased demand on mobility and other energy dependent services. During the same period we will need to reduce global greenhouse gas emissions by half if we want to keep a global temperature increase below two degrees Celsius. Yet, at the same time, there are still 1.3 billion people without access to electricity.

What seemed unimaginable two decades ago has become a reality: energy is again on the top of the political agenda. The global energy sector will need to invest half of current world GDP over the next two decades in order to address these challenges and expand, transform and adapt the energy infrastructure.

A stable and reliable energy supply, diversification of routes, suppliers and energy resources, and the interconnectivity of energy networks, remain of critical importance. While these issues are primarily the responsibility of national governments, other international organisations concerned, including NATO, also closely follow developments in energy security.

Last but not least, it is interesting to note that concerns for climate and water issues seem not to be shared by the same people. Many of the regions that are mostly concerned about the energy-water nexus are among the least concerned when it comes to climate framework uncertainty.

Key environmental and resource constraints, including health risks, climate change, water scarcity and increasing energy needs will further shape the future security environment in areas of concern to international organizations, the EU, and NATO too.

To assist policymakers and the energy industry with pressing forward sustainable energy systems, the World Energy Council, in collaboration with global management consulting firm Oliver Wyman, published in 2012 the report World Energy Trilemma 2012: Time to get real – the case for sustainable energy policy, based on interviews with more than 40 industry CEOs and senior executives from across the global energy sector, to provide policymakers with the energy industry’s views on what is needed from policies in order to meet the challenges and provide a coherent framework of energy security, social equity and environmental impact mitigation.

In this session we will examine the global trends and how our countries, our societies and our personal lives are affected. 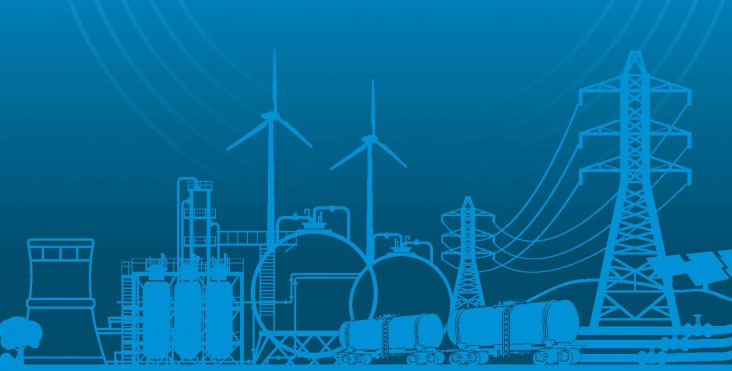 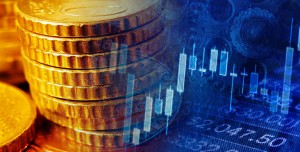 The current financial crisis is the worst the world has seen since the Great Depression of the 1930s. For younger generations, comfortable with mild recessions of the new phase of globalization, the misery of the Great Depression has been nothing more than a distant legend. However, the collapse of two Bear Stearns Hedge funds five years ago (March 2007) exposed, what came to be known as, the “sub-prime mortgage crisis”, reintroducing the world to an era of bank failures, a credit crunch, private defaults and massive layoffs.

December 2007 marked a turning point in the global economy. The high and rapid growth experienced in post-1980s came to an abrupt halt.

In the new, globalized world of closely interdependent economies, the crisis affected almost every part of the world. What began as a local problem of excess credit in the United States has affected every member of the global community. All crises in the 20th century have had world-wide consequences but the crisis that started in 2008 will go down in history as the first full-blown global crisis.

Some people argue that the solution to the European crisis is more government involvement. The EU, unprepaired, has tried to fight the consequences of the financial crisis by attempting to harmonize the fiscal policies of its member states and unifying the most diverse continent on Earth into a stronger political union.

Will a bigger and stronger European state help – or should we put more emphasis on local economies and decentralized structures help? The current Euro-zone crisis and recent financial turmoil have prompted many people to urge for financial supervision in order to prevent future crises. Others have argued that deregulation is the best approach to unleash the powers of free enterprise.

Who is right? Will more regulation help turn around an economy and its financial system? Or can we really rely on the “invisible hand” of the marketplace to self-regulate? What is the best policy mix to help get Europe’s economies back on track?

The key point that European policymakers should acknowledge is that economic growth holds the key to the resolution of the European sovereign debt crisis. For without economic growth it is very difficult to restore balance to a country’s public finances. Not only does a deepening economic recession erode a country’s tax base and automatically increase a country’s cyclically related public expenditures, it also increases a country’s public debt to GDP ratio as the country’s level of GDP declines. If there is one thing that European policymakers should have learned from 2012, it is that severe budget austerity at a time of economic recession and of a domestic credit crunch is hardly conducive to a revival in economic growth.

Economic growth also holds the key to improving Europe’s social and political climate. A disturbing aspect of European political development over the past year has been the growing signs of an anti-austerity backlash across the European periphery that has to raise questions as to whether the periphery will stay in the policy course. Unemployment remains a pressing challenge.

Given the ongoing nature of the crisis, many complicated explanations will surface in the years to come. Yet the root of the economic depression might very well lie in one fundamental human instinct: greed.

The OECD has identified reform recommendations to boost real incomes and employment through the Going for Growth analysis, reflecting the growing recognition of the need for structural reforms to restore competitiveness and fiscal sustainability, conditions for a return to a healthy post-crisis growth path. Economic globalization and accompanying market reforms have instigated pro and con arguments. Reforms that boost economic activity will in general put stronger pressures on environmental resources, for instance through rising greenhouse gas emissions, waste production or water abstraction.

One certainty for this crisis: there are no localized solutions for a problem that extends throughout the world. According to the World Economic Outlook, April 2013 edition, of the International Monetary Fund (IMF) policy should use all prudent measures to support sluggish demand. However, the risks related to high sovereign debt limit the fiscal policy room to maneuver. There is no silver bullet to address all the concerns about demand and debt. Rather, fiscal adjustment needs to progress gradually, building on measures that limit damage to demand in the short term; monetary policy needs to stay supportive of activity; financial policies need to help improve the pass-through of monetary policy; and structural and other policies need to spur potential output and global demand rebalancing.

This session would provide the participants the conceptual framework within which they would be able to assess the present and the future of the global economy. 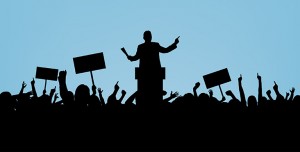 Politics is a broad, complicated subject involving issues like diplomacy, war, government finance, and more. It also is a significant part of our life, since it's what dictates how we are allowed to live, so it's a good idea to understand it. At the same time most people in public policy do not understand complex systems such as social science models. As a result, the idea that a policy based on good intentions could actually make things worse is beyond their comprehension.

The budget deficit, the debt ceiling, and tax reform are among the pressing current issues that become personal. The interconnected economies and the elimination of borders have changed the rules of the game. Immigration, foreign policy, issues of globalism, foreign trade, international investment and foreign aid are all increasingly important.

One of the guiding tenets of government is providing for the public good, often by offering services that, due to scale or cost, cannot be manifested privately or individually. There are a number of public policy issues that are traditionally more important and controversial than others. Some of the oldest and most timeless public policy issues include public health, public welfare, police and fire service, and transportation. Early civilizations, such as those in Greece, Rome, and the Middle East, grappled with the provision of public services, like supplying fresh water and the construction of roads. These ancient communities had to not only address the logistics of offering such services, but also had to reach a consensus on how to pay for them. This was generally accomplished through taxation. Another growing public policy issue is environmentalism and conservation, particularly with respect to energy.

International relations have traditionally focused on how states search for security. But for the last 20 years human security has been seen as more important. This dilemma looks at whether the two can be reconciled, or whether the state might well be the source of much human insecurity. The dilemma is that Realism is seen as the most accurate account of international relations: it dates back to Thucydides and the Peloponnesian Wars (4th century BC). But perhaps Realism is itself not a neutral theory explaining the world – it could be just one reading of international politics, reflecting the interests of the dominant states. As such, perhaps, by privileging powerful states, it simply does not ‘see’ the security issues of the bulk of the world’s population. The challenge therefore is whether human security or Realism best explains the security issues facing the world. Issues include 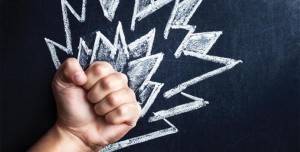 American and European perspectives focus on transnational negotiation and cooperation. It is entering a post-historical paradise of peace and relative prosperity, the realization of Kant’s “Perpetual Peace”. The United States, meanwhile, remains hindered in history, exercising power where international laws and rules are unreliable and where true security and the defense and promotion of a liberal order still depend on the possession and use of military might. When it comes to setting national priorities, determining threats, defining challenges, and fashioning and implementing foreign and defense policies, the United States and Europe have parted ways.

Power politics (in German, Machtpolitik) is a form of international relations in which sovereign entities protect their own interests by threatening one another with military, economic or political aggression. The term was the title of a 1979 book by Martin Wight, which the Times Literary Supplement listed as the 18th most influential book since World War II.

Power politics is essentially a way of understanding the world of international relations: nations compete for the world's resources and it is to a nation's advantage to be manifestly able to harm others. It prioritizes national self-interest over the interest of other nations or the international community.

In economy, the pre- crisis prospect of continuing high GDP growth rates and accelerating growth rates of exports from the large population economies of China and India combined with elevated growth in ASEAN, Russia, Brazil and South Africa (despite the recent global financial crisis) has lead to speculation that over the next few decades global economic power will progressively shift from the Organisation for Economic Cooperation and Development (OECD) (specifically the US and the EU) to the non-OECD, and mainly to a group of large population rapidly growing economies which include Brazil, Russia, India, China, South Africa, ASEAN, Turkey, Egypt and Nigeria. With this shift in power, the conjecture is that the global economy will undergo a major regime shift as global architecture and rules, trade patterns, and foreign direct investment (FDI) flows all adapt and change. As Hoge (2004) puts it: “major shifts of power between states, not to mention regions, occur infrequently... this time the populous states of Asia are the aspirants; ...the transformation of the international system will be even bigger and will require the assimilation of dramatically different political and cultural traditions”.