A comprehensive approach of Security in the broader contemporary implications, that will also offer the necessary background, and insight, on the issues to be discussed at the Chania Med Forum, for better understanding and involved participation.

A full week program in one of the top Mediterranean island, open to students, researchers, young professionals and ground individuals. The program is a combination, of learning, applying the knowledge in practice, visits at exclusive sites, culture and enjoyment of the Chania summer spirit.

Security in the dynamic environment of the information age involves inputs from many fields and relevant knowledge. The goal of national security is the defense of the state from external threats. However the recent focus on inclusive or smart security, by contrast, includes the protection of individuals.

The term human security is now widely used to describe the complex of interrelated threats associated with conflicts, displacement of populations as in migration, market failures, energy security, and governance challenges. Human security and national security should be – and often are – mutually reinforcing.

The time has come to reiterate the discussion and redefine security in 21rst century terms. The present crisis and challenges in European security, and beyond, have not come out of a blue sky. They are the consequences of actions and perceptions of different parties over the last 25 years. As Douglas Alexander, former U.K. Secretary of State for International Development, stated in 2007: “In the 20th century a country’s might was too often measured in what they could destroy. In the 21st century strength should be measured by what we can build together.”

Policy, Energy and Security in the Black Sea and the Mediterranean have been frontline issues of East-West confrontation since the Cold war era, and the discussion will focus on these issues this year. The emergence of new regions in the area and the ongoing security challenges of the Middle East present once more the ground of great powers and local states seeking influence, competing with each other over markets and resources. The regions present challenges to global security, as well as opportunities for the overall interests of the international community, even though geographical proximity points more to the European Union and Russia. Opportunities however also arise from the region’s potential markets that still remain outside the circuits of the world economy and its vast energy resources which are connected to global security stability.

Learning outcomes
Upon completing the seminar participants will have gained:
• understanding of broader security challenges and implications
• understanding the interrelation of Economy, Energy, Politics and challenges for Power
• awareness of the complexities of International Relations
• knowledge on Public Diplomacy theories and methods
• will become familiar with the specific political and security situation in the Black Sea and the Mediterranean
• insight on the International Community Players role and challenges 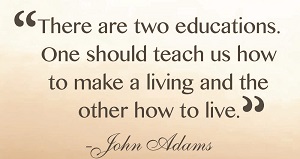 Don't miss the chance to make a difference...