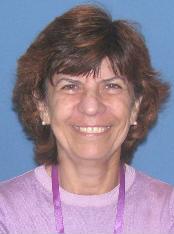 Ambassador Magda Shahin is the new director of the Prince Alwaleed American Studies Center at the School of Global Affairs and Public Policy (GAPP) at The American University in Cairo. Ambassador Shahin has joined AUC in September 2011.

Ambassador Shahin's primary career has been in diplomacy. She held a number of distinguished posts with the Egyptian Foreign Ministry, namely as first secretary in Bonn, as counselor in New York, as deputy chief of mission in Geneva, and lastly as an ambassador in Athens. She held twice the position of assistant minister of foreign affairs for international economics. Her area of expertise is trade development and negotiation, which has enabled her to develop an excellent understanding of the U.S., U.S. economic issues, and the interests of U.S. companies, first in a five-year posting to the U.S. as part of the Egyptian mission to the UN and subsequently as the deputy head of the Egyptian mission to the WTO in Geneva. She has just completed five years as executive director of the USAID Project Trade Advisory Program to the Private Sector in the American Chamber of Commerce in Egypt.

She has also participated as a resource person on issues such as trade and investment, trade and competition, trade and environment, in numerous seminars organized by highly reputed Institutes, such as The Royal Institute Of International Affairs, London, Wilton Park, as well as meetings organized by UN organizations and non-governmental organizations. Ambassador Shahin holds a PhD in economics from Cairo University and previously taught as an adjunct assistant professor and then professor at the economics department at AUC, where she gave graduate as well as undergraduate courses on various international trade issues, including the WTO agreements.