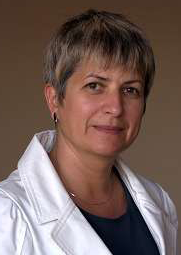 Avgustina Tzvetkova was born on August 21st 1960 in Varna  . She is a graduate of “St. Kliment Ohridski”Sofia University with History and Archaeology major. Avgustina Tzvetkova began her professional career as a journalist with the Bulgarian National Radio and the Bulgarian National Television. In the period 1995 – 2006 she was the Program Director and Secretary General of the

Atlantic Club of Bulgarian. From 1997 to 2001, she was Vice President and Secretary General of the Atlantic Association of Young Political Leaders and Vice President of the Atlantic Treaty Association in Brusselsbetween 2004 and 2007. From 2004 to 2009 she was President of the Euro-Atlantic Education Initiative Foundation which implements projects in the area of NATO and security issues. From 2009 to 2010 Avgustina Tzvetkova was political advisor to Nickolay Mladenov in both his capacities as Minister of Defence and later Foreign Affairs Minister. Her competence encompasses foreign policy, relations with NATO and the USA and anti-corruption policies. Her expertise also involves regional and Euro-Atlantic integration. She has specialized in the International Language Academy, Oxford, the George C. Marshall European Center for Security Studies and the US State Department.